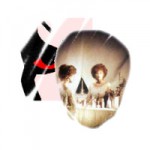 Disclaimer: If you have not seen the movie Devils Advocate yet, and want to, do not continue reading this post until you have seen the movie, as this post will be a plot spoiler. Since this movie is over 10 years old already (1997) I felt it safe to post the punch line here, in an attempt to explain my post.

While some people believe that the devil is your own ego (and I am a partial believer in that), this post is not dealing in its entirety about that. What this post addresses mainly is the sin of vanity, which is actually feeding your ego, so it is actually only a subset of this egotistic devil inside us.

I recently saw the movie Devils Advocate again, and in this movie, Al Pacino (the devil) claims that vanity is his favourite sin. This is because humans are so easily overcome by their own vanity. In the movie, Keanu Reeves (Kevin Lomax, the son of the devil) is a hot-shot attorney with a 64-0 case win history. He only took prosecution cases in the past where he must present the evidence to put the defendant away, but in his latest case, he was attempting to set the defendant free.

At one critical stage during the case, he leaves for the bathroom, and experiences a strange phenonenon (you did read the disclaimer, right?), where he lives into the future which we as the viewer see as about 90% of the movie, although in the life of Lomax it is but a split second. Once he is out of this split second, he knows exactly what will happen if he wins this case for the defendant, so he opts out of this case, regardless of the consequences to his career, only to be tricked again by the devil minutes later.

Satan hammers on our own vanity hundreds of times per day, and this movie shows this so beautifully. Humans will often do everything to boost their own ego by believing things like I am the greatest or I am so good or I am God or I am worse than Satan. By the way, have you ever realized that God detests that humans pretending to be God themselves, or even better than others? But Satan flourishes on humans calling themselves the devil or better than others? This is again to feed your vanity! You are GOOD! Just as good as me, or even better than me! You are better than the Prince of Darkness (no, not Eskom…)! You are my equal! Humans love this! This should give you an idea that Satan can not be a God! No God will allow his followers to be his equal, and no God will like his followers to put them higher than another fellow human being who were created equally by God, in the image of God!

Satan loves to make you feel good about yourself, usually at the cost of others. Your ego tells you that you are good, that you are better than others. Your ego is indeed the devil, because it is the devil that feeds you this information through your vanity. Whether you are better at maths than the next door neighbour, or whether you have won 64 court cases and lost none, the ego is responsible for the feelings of superiority you experience. The devil is in you. Fight him.