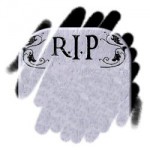 We are very sad today – our friend Jaco was taken away in a car accident this morning. SJS will not be the same without Mayor around. Mayor, friend, you have enriched our lives.

The collective sadness we feel today at SJS is so overwhelming. Everyone is quiet, keeping to themselves. Nobody is posting much, so I thought about this:

If we assume that there are at least 50 people mourning Jaco’s departure, and that all departing people are mourned by at least 50 people, this would world is a sad, sad place. Every day millions of people die. Considering South Africa as on July 2009, 16.99 of every 1000 people die per year. With a population of almost 49 million, that means around 832000 people died in the last year in South Africa alone. That would make 41 million people mourning the death of a loved one througout the year.

Well, this post was not meant to be negative, depressing or even 100% accurate, but I think you get the idea. When we’re sad, we’re often sad for our own loss, as the person who left us for eternity is in a better place. His or her job on earth was complete. It is not for us to try and figure out why.

The point of this post is, that even though 41 million people mourn every year about a loved one lost, that same 41 million people rejoice every other moment in time about the joy that people brought to their lives while they were alive.

Don’t cry because it is over, smile because it happened. Yes, harder to achieve than to say, but we have to try, otherwise nobody will ever be happy…

So – let’s celebrate Jaco’s life, for who he was, what he has meant to all of us, and what we’ve learnt from him…